Never be the Sixth Fool

I have added a fifth. This is the fool who announces himself in the lift as he is leaving the building.

It does not however end there, as I recently discovered. Imagine a person who goes to a psychologist to ask how he can save his marriage. He gives a list of all his complaints and a litany of descriptions of his wife’s faults. He then asks despairingly what the prognosis is for a marriage with such a difficult wife.

The psychologist points out that from his wife’s perspective there are many things that he could change. They are all easily within his control and would make life much easier for her. Making life more bearable for her would most likely inspire her to change her approach to him and thus become more the way that he would like her to be.

For example, affectionate and soft, affirming words may be more appealing to her than blunt suggestions and blatant demands. Taking more care of his appearance and hygiene would make him more physically appealing to her.

The conversation continues with the husband really seeming to get it. He seemed to catch on to the fact that much of the problem could be solved if he changed his attitude and approach. His wife, after all, is reacting to him, not behaving in a vacuum.

These are the conversations that make psychologists feel brilliant. As if the deal is closed, the catch has been bagged. The psychologist suggests literature, other material that the husband could start working with that would raise his emotional intelligence and give him the tools and insights that could make him into the type of husband that could bring out of his partner the type of wife that he would prefer.

The now triumphant and jubilant psychologist zealously hands over the precious material, the code that will help this man unlock the treasure.

Upon receiving this magnanimous gift from his psychologist, the man says, as he turns to leave, “you know, I am really busy with so many demands in my life. I am going to give this stuff to my wife and have her start on it”.

The psychologist’s circumspection and humility return with a vengeance. His magical powers in one fell swoop are rendered a mere illusion. It is the client who is the true expert in the sleight of hand.

The appeal to vanity is a failsafe method of getting people where you want them. Simply show people what they want to see, in this case the hapless psychologist believing in his own brilliance, and you can conceal that you are in fact not going along with one word.

Clearly the sixth fool is the one who does not see it coming! 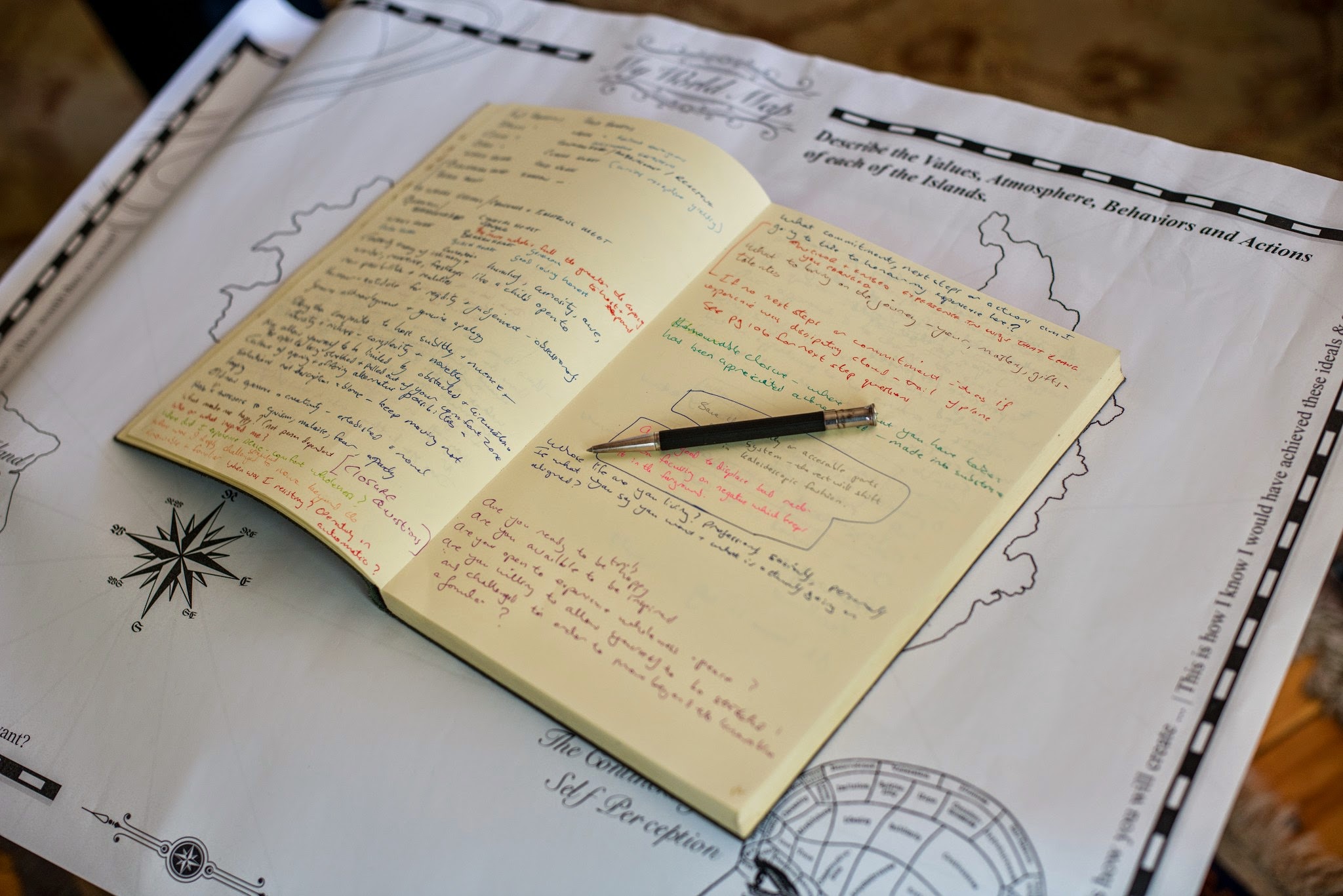 MANIFESTO FOR THE APPRECIATIVE WITNESS

The whole person
is the one who makes others feel more substantial;

The good person
is the one who helps others find good in themselves; 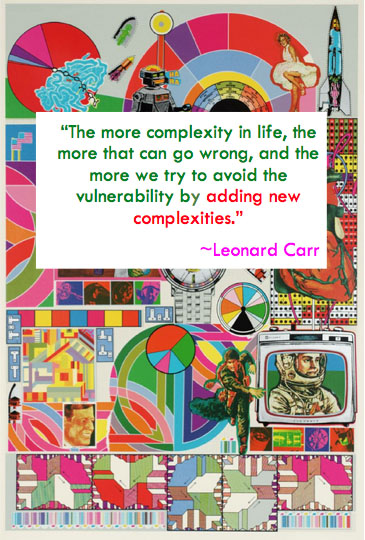 “The more complexity in life, the more that can go wrong, and the more we try to avoid the vulnerability by adding new complexities.” ~Leonard Carr 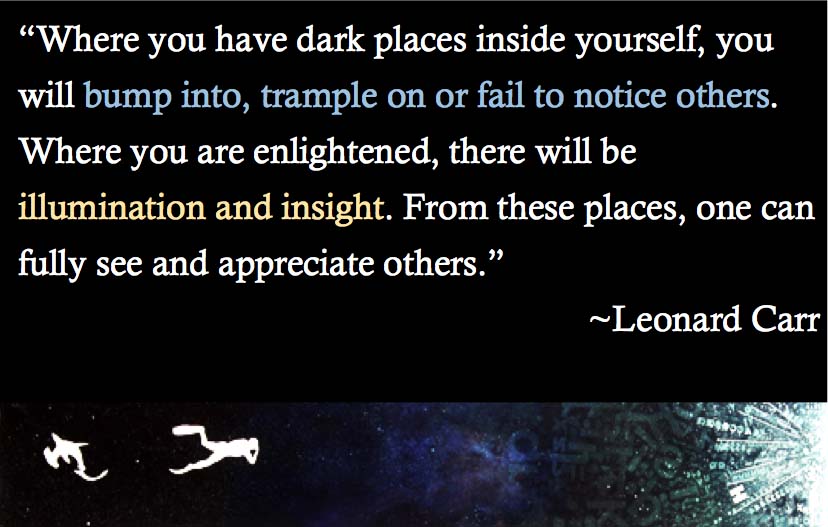 “Where you have dark places inside yourself, you will bump into, trample on or fail to notice others. Where you are enlightened, there will be illumination and insight. From these places, one can fully see and appreciate others.” ~Leonard Carr 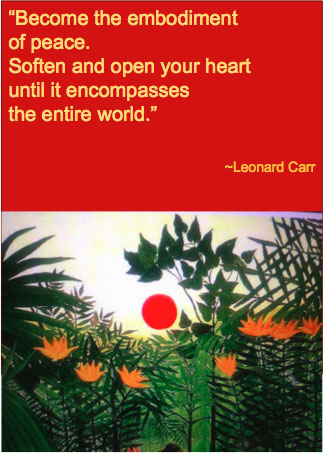 “Become the embodiment of peace. Soften and open your heart until it encompasses the entire world.” ~Leonard Carr 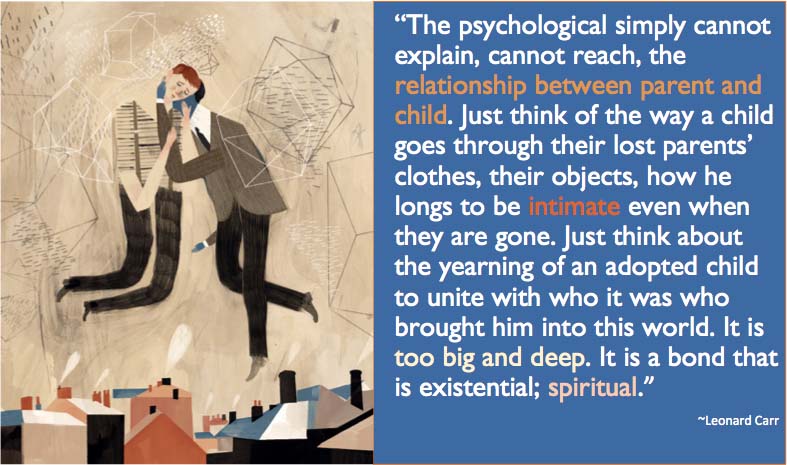 “The psychological simply cannot explain, cannot reach, the relationship between parent and child. Just think of the way a child goes through their lost parents’ clothes, their objects, how he longs to be intimate even when they are gone. Just think about the yearning of an adopted child to unite with who it was who brought him into this world. It is too big and deep. It is a bond that is existential; spiritual.” ~Leonard Carr

“A person, would, in fact, be very unlucky if they were never to experience a trauma. For, it is the experience of becoming deeper and bigger than the trauma that grows us –that expresses one’s essence and strength. It is only when one’s metal is tested, that one has the opportunity to really express who one really is.” ~Leonard Carr

“I define ‘resilience as the ability to become bigger and deeper than the painful experience. Bigger, because it involves the knowledge that, no matter how uncomfortable ‘this’ may be, one has has the power and resources inside to contain it; to host it . Deeper, because one’s sense of oneself, of life, of the human condition, is expanded.” ~Leonard Carr. 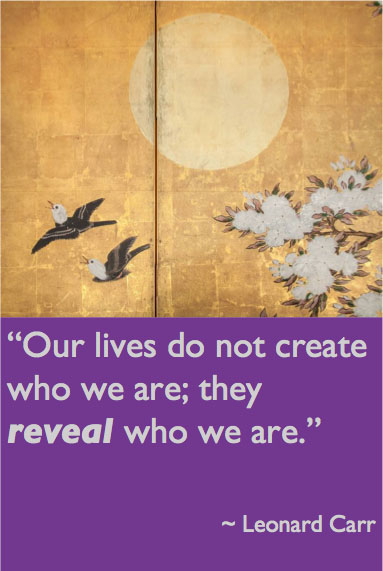 “Our lives do not create who we are; they reveal who we are.” ~Leonard Carr 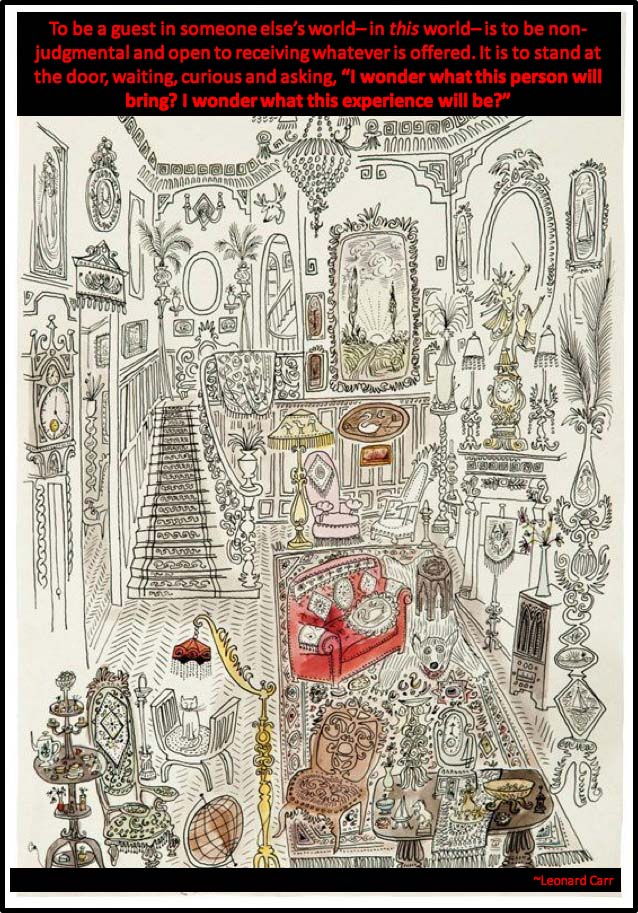 To be a guest in someone else’s world-in this world-is to be nonjudgmental and open to receiving whatever is offered. It is to stand at the door, waiting, curious and asking, 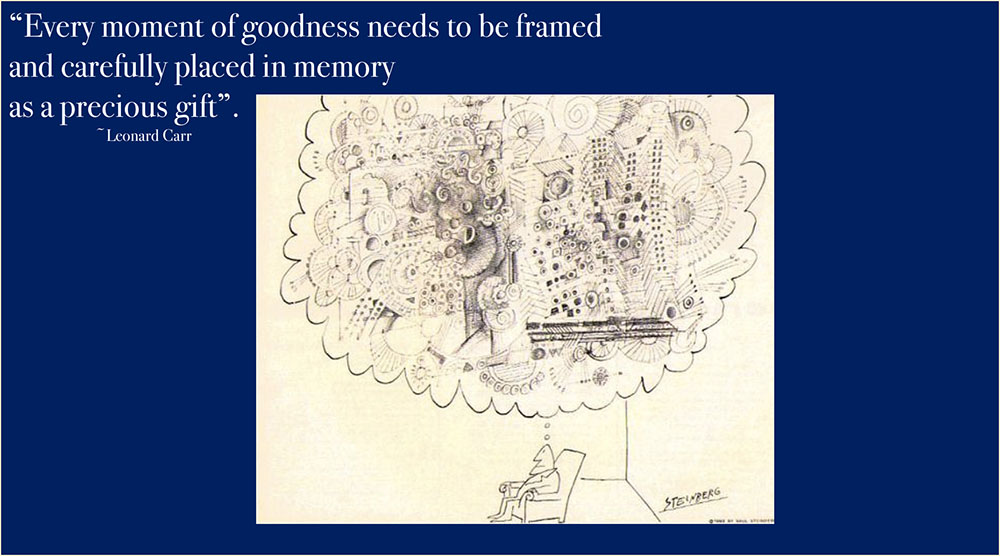 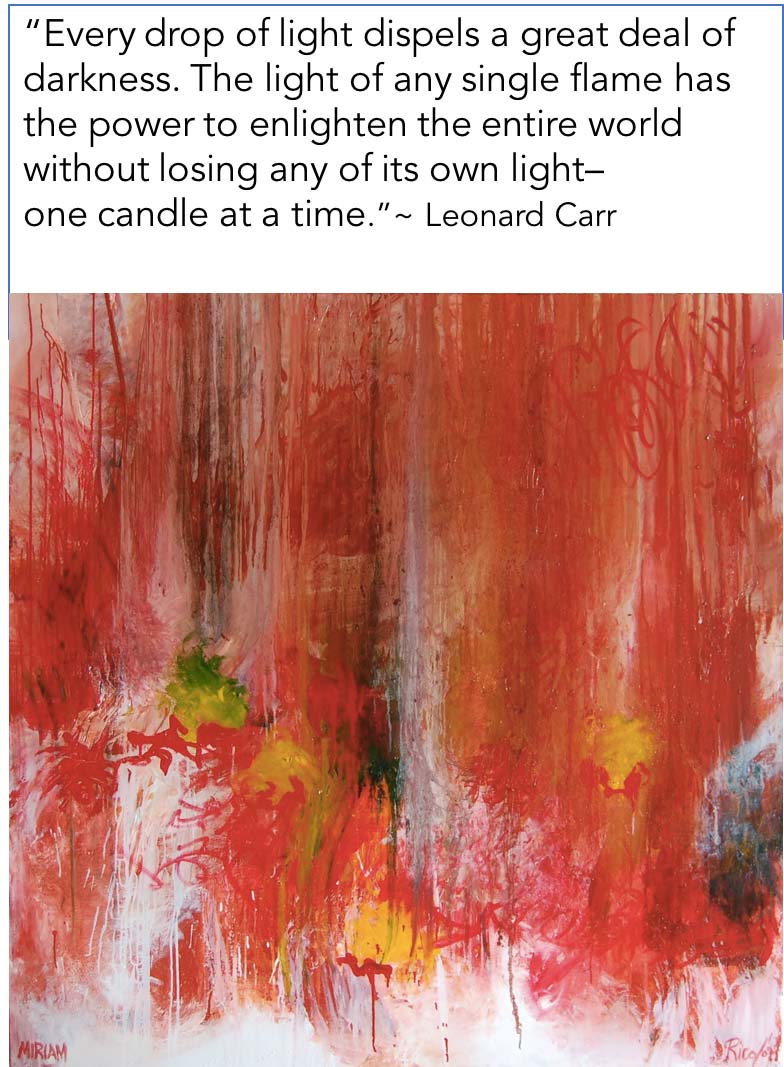 “Every drop of light dispels a great deal of darkness. The light of any single flame has the power to enlighten the entire world without losing any of its own lightone candle at a time.” ~Leonard Carr